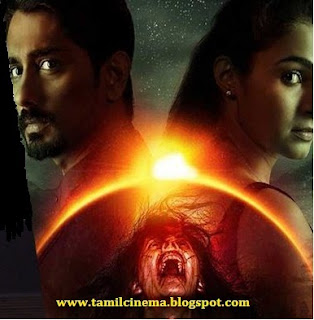 Aval is one of the upcoming horror movies in Tamil. Makers are expecting Tamil Movie Aval will be the most promising horror movie. Tamil actor Siddharth, Tamil actress Andrea Jeremiah, Bollywood actor Atul Kulkarni in the star cast. Direction by Milind Rau, Screenplay has done by Milind and Tamil actor Siddharth. The actor who is also the Co-Producer. This movie is based on the real story which happened in Himachala Pradesh. Viacom 18 pictures has presented the movie. Expected movie release date is November, 3. This movie going to release in three languages, In tamil as Aval, In telugu as Gruham and in hindi as The House Next Door.

The actor, writer and the co-producer of the movie Siddharth told in the press meet and trailer release function, Tamil actor Siddharth and Milind Rau worked together with Tamil Cinema director Mani Rathnam as a assistant director. Since 17 years they are the friends and he is very happy to work with him. This story origin is Himachala Pradesh. Movie taken based on the true story which happened in the Himachala Pradesh. This will be most promising horror movie because in movie, there are many horror scenes has been included and there is no graphics in the scenes, definitely this movie add so much value to Milind’s talent and the movie will come in the hit list.

The story of Tamil Movie Aval is all about, Doctor with his wife going to hill station to spend their vacation. Jenny is residing nearby house with her parents. She get influenced by ghost, how her problem is affecting the doctor’s family as well and how they are resolving it.

Andrea Jeramiah is very good Tamil speaking actress. She is a backbone of the movie. Tamil actress Andrea Jeremiah acting with Atul after Rand De Basanti. The same team which worked in Jill Jung Juck movie has worked in this movie as well. So Siddhart proudly saying this is very big budget movie.