Movies to be released in the month of October 2014

The number of Tamil cinemas released this year so far is more than 150 and there are 50+ movies expected from the Tamil cinema to get released in the remaining 3 months of the year. But because of the big movies for the Diwali 2014, like Tamil movie I; Kaththi and Poojai, there is prediction that there may not be any movie releases for few weeks from diwali 2014 as most of the cinema theaters will be occupied those 3 big movies. So the producers of the finished Tamil cinemas have planned to release their movies before the Diwali time itself itseems.

So the expected total number of Tamil cinemas to get released in October are 30. In few days the big Tamil movies like,

In this page of Tamil Cinema, we will see about the Tamil movie Kaththi in which Tamil actor Illayathalapathy Vijay has acted with Tamil actress Samantha Ruth Prabu under the direction of A. R. Murugadoss, music been composed by Tamil music director Aniruth Ravichander. Earlier we saw that Tamil actor Vijay is going to sing a song for Kaththi under Aniruth Music. So stick with this page of Tamil cinema to get the latest updates about the Tamil cinema Kaththi. 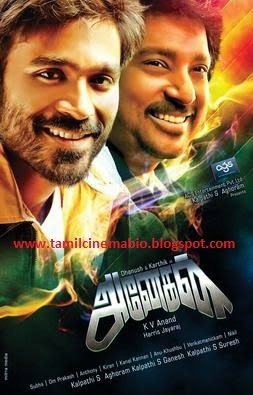