In this site Tamil Cinema Bio you can get latest updates about Tamil Cine field like Tamil Actors/ Actresses Biography, Actor Interviews/ Actresses Interviews, Award Funtions, Photo Galleries, etc. In this article you can come to know all details about the Overview, Genre, Certification, Release Date, Story, Casts, Crew and Current Status of Tamil Movie Bhrama[dot]com. 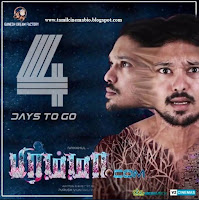 Bookmark this page for more updates about this Tamil Movie Bhrama[dot]com like Review and theaters in which the movie releases.

In this page of Tamil cinema bio, we shall have a look at the Tamil movie Tamizhukku En ondrai azhuthavum in which Tamil actors Nakul and Attakathi Dinesh have done the major main roles ( heroes ) and the movie has been released in the theaters on 21st February 2015. We shall see about this movie with the sub titles, Casts and Crew, Story line and complete review.

In this page of www.tamilcinemabio.blogspot.com, we shall look about one of the most recently released Tamil cinema, Vallinam. Even though there are many movies released at this week end, Vallinam has high expectation because of the star value and the teaser of it. Before going to the complete review of the movie, we shall have a glance about the Casts and Crew of the cinema Vallinam.

Cast and Crew of Tamil Cinema: