List of Tamil Actresses - Date of Birth and current Age

This page is exclusively dedicated for Tamil actresses Date of Birth and their Current Age.


Bookmark this page for more updates about this Tamil Movie Kaatteri (Kaateri) like Review and theaters in which the movie releases. 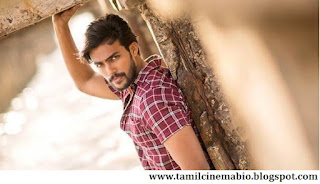 
Director Prathip Krishnamoorthy introduced Aarav in Tamil Cinema through Saithan movie. After the debut movie of Tamil Actor Aarav, iIn continues that, he participated in Bigg Boss Tamil program conducted by a famous channel. From that program he became very famous and he won the Title winner award also in that program.

Pulivaal is one of the latest Tamil movies released in this month ( February 2014 ). In this movie,  famous actors and actresses namely Vimal, Prasanna, Oviya Helen, Tamil actress Ananya, Comedian Soori, Thambi Ramaiah and others have acted. In the technical side of this movie, Music has been done by N R Ragunandhan, Cinematography is by Bijan K Dinesh, under the production banner of Radhika Sarath Kumar and Listin Stephen. The director of Puli vaal is G Maari Muthu who has already directed few Malayalam language movie namely Sappa Kurisu which is the source movie of Pulivaal.

One of the latest buzz in Tamil cinema is that the Tamil actresses, Anjali and Oviya are doing glamourous role in the Tamil movie Kalakalappu which has been directed by one of the best Tamil cinema comedy movies directors, C. Sundar who is the husband of Tamil actress Kushboo.

The buzz is that, Tamil actress Anjali has expressed her interest by herself to the director Sundar C of acting in glamourous scenes. Even though the role of Anjali in Kalakalappu is a homely one, she has been offered to show some skin in the songs of the movie.