For easy notes, we have just mentioned the name of the movies, year of release and the actress name.

1965 movies of Siva Kumar and its heroins:

1966 movies of Siva Kumar and its heroins: 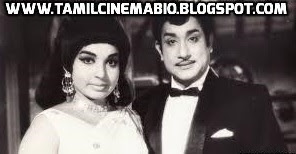 The famous legend Actor Nadigar Thilagam Sivaji Ganesan has given an interview in 1967 for a cinema article named Bommai. He was interviewed by Tamil actress J.Jayalalithaa the late Chief Minister of Tamilnadu and leading film actress in the mid-1960s.

Let us see the conversation below!!!


Jayalalithaa : You have been referred by Sivaji in front of your name.May I know the reason for that?? 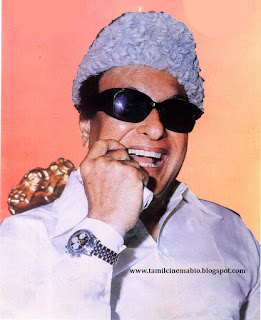 MGR as he is popularly known, the late charismatic Chief Minister of Tamilnadu and a matinee idol  for millions of movie buffs was born M.G Ramachandran. His earlier movies showed him as M.G. Ramachander in the title cards.He later became (nick names of Tamil actor M G Ramachandran ) Vaadhyaar, Makkal Thilakam and ultimately Puratchi Thalaivar.

His is a rags to riches story.. until he reached the pinnacle of glory...

Maruthur Gopalan Ramachandran ( Real name of tamil actor MGR) was born to Mr.Melakkad.Gopala  Menon and Marudur SathyaBhama ( parents of tamil actor MGR )in Kandy ( birth place of tamil actor MGR) in January 17,1917 ( date of birth of tamil actor MGR ) . Due to the untimely demise of Mr. Gopala Menon, his poor mother was compelled to return to her  native Kumbakonam with her two sons M.G.Chakrapani and M.G. Ramachandran. Unable to make both ends meet she sent  her sons to the  Madurai Original Boys company headed by Mr Kandasami Mudaliar.The boys were trained to act in the various plays staged by the troupe continuoulsy.MGR dedicated himself in all the activities of the troupe.

Facts are fascinating, especially if they are of a field which most of us are interested in.This field-THE KANAVU THOLIRCHAALAI  as the yesteryear writer Sujata would call it has plenty of facts which are not only fascinating but not known in the same measure to many. This article is the result of yours truly's memory and quite a bit of research on the tamil cinema.The list below is not totally exhaustive. .

Actors who have  paired with two generations -

Actress who has paired with two generations
Sowcar Janaki with M.R.Radha and his som M.R.R. Vasu

Tamil Actor Ajithkumar has mentioned in his statement that Jayalalitha achieved by passing a lot of Risks in her life. 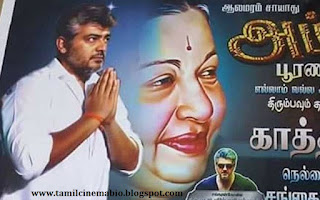 In the Statement that Tamil Actor Ajith Kumar has made on the death of past Tamil Actress and Chief Minister of Tamilnadu State, that he says deep condolence to all the Co Tamil nadu People and all ADMK ( Anaithu Indhiya Anna Dhravida Munnetra Kazhagam ) members. Ajith Kumar has also added that Jaya Lalitha was achieving by going across a lot Risks in her life. He has expressed that he got a big shock when he got the Death news of past Tamilnadu Chief Minister when all of us were praying for her to get well and come back with good health.