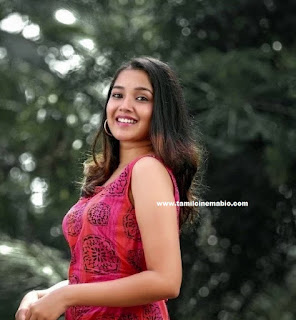 On this page of Tamil cinema bio, we shall look at one of the young actresses of Tamil cinema, Anikha Surendran including here personal details, a list of films she has acted and other details.

Anikha acted in Chotta Mumbai as a child actress

Race: acted as a child actress in this Malayalam movie

Amarnath : Short film in Malayalam, she acted as a cancer patient

5 Sundarikal - acted in this anthology movie in Malayalam.

Nayana; Anikha did role of Nayana in this movie.

Ennai Arindhal : Anikha acted as Isha the daughter of Ajithkumar in this movie.

Miruthan : acted in this Tamil movie in which Jeyam Ravi did the main male role.

Viswasam: Tamil movie having Ajith Kumar as the major role and Anika Surendran did the role of Ajith's daughter.

Maamanithan : Its in Post Production stage. In this movie, Vijay Sethupathy does the protagonist under the direction of Seenu Ramasaamy.