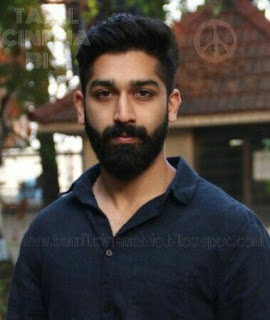 Siddhartha sankar has good response from public who acted villain in recently released movie Sathya. Siddharth has discontinued his doctorate study due to his interest in acting in movies.

Siddharth is a citizen of malaysia, by birth and his father from Vellore - Tamilnadu and hismother is a citizen of Malaysia. By nature, mother of Tamil actor Sidharth is stroict who has been asking him to concentrate with his studies always. But he discontinued his studies and came Chennai in search of his acting career and learnt on how to act through one of the famous Actors of Tamil Cinema - Nasser.

At once, Sidharth has asked for acting chance to Tamil cinema music direcor, actor Vijay Antony as both of them were going to the same Gym in Chennai. Mr. vijayantony has got a chance for Siddharth to act in the movie sythan for which Siddharth has shaved his head. After this movie siddharth has got a villain role in the movie iyngaran.


On seeing his ac ation in iyenkaransibiraj has oked for Siddharth to acat in the movie Sathya.

After Siddharth role in the movie he has got a change to act from eety director raviarusu has given a change to act him in his movie. Siddharth is following the rolemodel of villain raghuvanran so that he can get moore chances in acting villain role and get the goods response from the audience.
Email ThisBlogThis!Share to TwitterShare to FacebookShare to Pinterest
Labels: Tamil actor Interviews, Tamil actor Sidharth Shankar, Tamil Movie Sathya 2017