Tamil actor Vivek Oberoi has spoken about Tamil movie Vivegam in which he has done a major role with Tamil actor Ultimate Star Ajith Kumar and Tamil actress Kajal Agarwal under the direction of Tamil cinema director Siva. 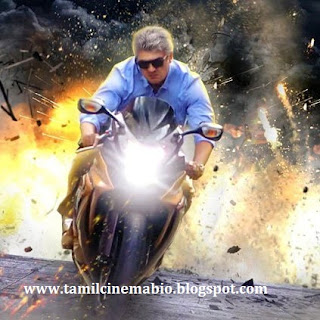 The casts and crew of Tamil movie Vivegam has the following personnel;

Most of the shooting of Tamil movie Vivegam has been shot in European countries like Balgeria. As the shooting in European countries is finished, the Crew of Vivegam has moved to Chennai for further shoots. The plan of Vivegam team is to make the final shoots of the movie in the months June, July and to go for release in the beginning of August 2017. When actor Vivek Oberai who has done one of the important roles in Vivegam spoke to the media he said, this is my very first Tamil movie and in my first movie I am acting with Super Star actor in Tamil Ajith Kumar. Also he added that this one of the big budget movie, that the budget of Tamil movie Vivegam is 120 Crores.

Vivek Oberai added that I start learning languages easily. Earlier I acted in some telugu movies such as Raththa Charithra which was made in Telugu and Hindi Languages. Now I am very happy that I am acting in a Tamil movie. I also like to act with Ajith Kumar. The basic story line of Tamil movie Vivegam is a Spy - thriller movies.