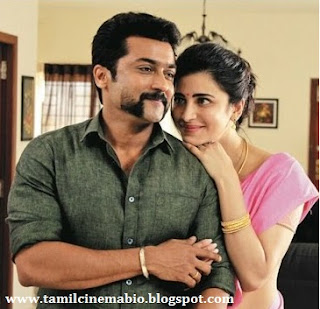 
Tamil movie Singam 3 is the 3rd sequel of Singam trilogy. when we talk about the crew of Tamil movie Singam 3, there were a lot of news about the casts and crew of this movie at the time of this movie progress that, earlier, Tamil cinema music director Aniruth Ravi Chander was pulled in as the music director of this movie, later on Aniruth got away from the crew and Harris Jayaraj got into the team. On the other hand, Tamil cinema comedy actor Vivek was in discussion to retrain his Eumalai - Police officer role in this movie, but he denied as there is no much scope for him in this movie.

Singam 3 was one of the Tamil movies affected by the Chennai flood 2015 as the shooting of Singam 3 was interrupted due to that flood. The shooting of this movie has been done in various spots like, AVM studio, Vishaka Patnam, Romania, Malaysia etc., Over all works of Tamil movie was finished by the year 2016 and scheduled to get released as one of the Diwali Tamil movies 2016, but Singam 3 stepped back to avoid its Box office meet with Tamil movie Kashmora in which the own brother of Tamil actor Surya has acted.