Top movies and songs of the month january 2017 - Tamil

Top movies and songs of the month january 2017: 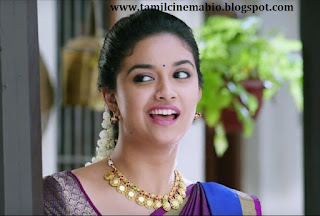 
On every month we are witnessing so many movies and songs every week there are so much of changes in box office record. Some rules till last and some may forgetten.There is chance of missing some good movies at the end of year list. So we are here to provide you top movies of every month and most favorite songs of every month too. Lets check the list of movies for January 2017

Due to revolutionary protest this month so much of movies postponed their movie releases next month. Only 3 big movies are released this month

This year started with ilayathalapathi vijay starrer Bairavaa opened with good collection but due to the bad talks and situations this movie not yet runned well comparing to his previous movie Theri.( Click this link for Bairavaa movie review).

Popular director Radhakrishnan parthiban directed movie opens well but later review and situation makes this movie collections down.As this movie buisnessed in very low rate and less number of theatres the collection is not too bad to lose .( Click this link for KIN movie review).

Producer CV kumar who is well known for his unique movies production presenting his first movie of this year. Unique script and fast screenplay attracts the audiance well.But some backdrops in first half distract the attraction.but this movie may run throught the first week of next month due to the content.

Due to less number of movie release we cant list the rating of the movie. Next month most expected movie S3 going to release and other movies like jai starrer Enakku Vaitha adimaigal also going to release.

Even though less number of movies released this month, more number of albums are released this month.We are just listed the song as the song or movie released now we cant list this as all time best. At year end we will detail it.Lets checkout the list of songs that placed as most favourite song of many song lovers in this month january 2017


These are all list of movies and songs of month january 2017.Lets see any changes would happen in next month


Thank you by Viahaal Kannan