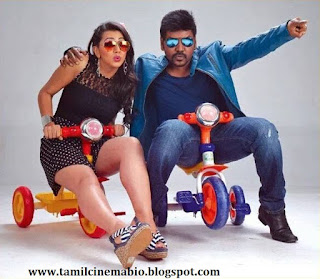 Raghava Lawrence, one of the most talented actors of Tamil cinema , director, dance choreographer who has given a lot of hit movies in Tamil and Telugu. He is also having a mass fan base in which most of them are family audience. In tamil, he has given hattrick blockbuster movies Muni, Kanjana, Kanjana 2. These three movies rises his career graph in its peak.

After a decade His both movies are going to release at same day. Both the production team has announced the release date of their movies. Unfortunately both the movies are going to release at 17th of february 2017. There may be some changes because its may be not good for producers working with same actor. But if not changed then it will be first time happening in tamil cinema in past 25 years.