I Will answer boldly whatever question raised to me - these qoutes are not given by any officials, Its by Makkal Selvan Vijay sethupathi.Vijay sethupathi latest sensation who speaks from heart given an interview for a private news channel. Lets see it. 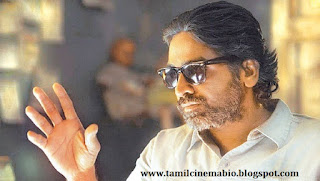 For the question you did he speak some common issues in public medias he says - people from media asks me questions based on common issues in tamil nadu.Thats why I answer. I will answer boldly whatever question raised before me. While asking about speech for perarivalan He calmly said - My friend told me about Perarivalan and  says me to give speech for him. Eventhough i'm a cine artist me too a common man in this society like Perarivalan. Thats the reason I speak about him. In either way beyond me media should show some light on supports who are all supporting for him from starting.

An interesting question asked for his support for minimum budget movies his unique reply is - There is nothing like big-budget movies and minimum budget movies. Even though I have not reached as such leading actors reached, my movies get hit because of the script work and director of that respective movie. And the collection of the movie decides whether its big movie not the budget of the movie.
While asking movies that were late released or not released still now like madha gaja raja, rendavathu padam etc
He feels. It's the worst thing that ever happened in the Tamil cinema industry. I can't say the real story behind it. A  cook who gives a full effort to bring a nice dish but is not allowed to distribute will give him the worst situation. The same situation and stress will make directors, actors, and producers sad but They should move on to the next project.

When asked about producing the movies of short film directors He replied -
I can say I will support these directors I will produce their movies now but it will not consist on my mind longer. If I have an idea I will do it. Already I had so much of injuries in my life I want to put medicine for that after then I will think about it.

A curious question asked to him about his title Makkal Selvan
He replies with a smile-This title was given by my mentor Director Seenu Ramasamy he said that all people like me so this title will suitable for me. First of all I also felt shy about this title and now I feel happy for that. My mentor told me it will restrict me from doing anything against people. So I accepted that.

An important question asked to him if Thenmerku paruva kaatru is not happened where will be Vijay sethupathi? He said with some humor - Me too not having any idea about that. If you have any time travel machine just lend me to check that. Life gives us opportunity at one time to decide our path. If it all over we should pack up. My friend penito told me a movie is going to start shooting without selecting hero of the movie. Go and meet the director and try it. At that time i was acting at Nan mahan alla shooting so through my friend Actor aruldoss i met Director Seenu sir and it happens.

A very polite and also sharp interview shows how did he reach in hearts of people. Let's wish him to reach a high level in his career.